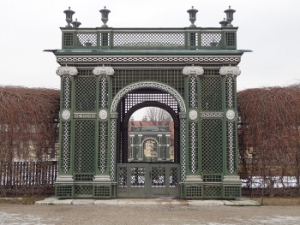 I just finished reading Hugh Howey’s WOOL and thoroughly enjoyed it.  I picked it up on Sunday when I was waiting for my flight and had finished all 500 pages plus by Tuesday.

For those of you who don’t know – Howey started off self-published and then transitioned that to a book deal where he retains the e-rights, but sold the paper publication rights in the UK and US.

(I hope that’s an accurate summary of what he did…someone correct me if I’m wrong.)

Now, as much as I enjoyed reading WOOL, I still refuse to read self-published authors.  I know there’s a lot of good material out there.  I’m sure of it.

I am still one of those people who has to finish a book once I start reading it.  And the thought of picking up a book and reading it through to the end when it has glaring typos and grammatical errors or some awful plot developments, is something I just can’t expose myself to.

I have a friend who has been recommending their cousin’s self-pubbed book to me for over a year now.  (Pretty much since I told them I was working on a novel.)  I finally went and downloaded it the other day because it was free and my friend seems to have reasonably good taste.

I may never read it, though.  That’s because I then went to this author’s page and saw them bragging about how they didn’t care about spelling or grammar and admitting that they knew full well that they made spelling and grammar mistakes in their writing.  Couple this with the fact that they misspelled cite (as site) in the post I was reading and I started to worry.

I’ve perused the web pages or blogs of some of the highly successful self-published authors or read their postings on writers’ forums and each time I see spelling or grammar errors on those pages or in those posts, I cringe.  Because it makes me wonder how much of that carries through to their books.

(I happen to have read some of Howey’s posts on a writers’ forum, so was reasonably comfortable that he wasn’t going to be making those glaring errors.  Also, someone else on there whose opinion I respect had also read his books and given them the thumbs up.  After reading his books, the only thing that threw me out of the story was his using “for ever” when I would’ve used “forever.”  Not bad, really, because I am a judgemental you know what.)

No one’s perfect.  I’m sure I screw things up on here often.  Even things I complain about like you’re vs. your or to vs. too.  (My last short story I had read a good ten times before I sent off to betas and a misused you’re had slipped through on me.  Fortunately, those types of errors do not slip by my mother.)

But to see people who embrace their inability to spell or write well scares me off of self-published authors.  So, I’m content to sit back and wait for the ones who strike it big and get traditional publishing deals.  And then I’m still hesitant to read their books.  WOOL is the only one I’ve read that I’ve paid for.  (My mom bought 50 Shades and I borrowed it.)

And as much as I defend 50 Shades as having had something that connected to readers, I view that as an example of a book that has many of the flaws of self-published books.  There’s a reason I won’t finish that series.  (Actually, a number of them.)

So, anyway.  We each make our own personal decisions.  I know people who love to be the first to know about someone – “Oh, that band?  I’ve been listening to them for years.  I went to a concert of theirs in a back alley in NYC like a decade ago…You’re so behind the times.”

Me?  I’m content to let others be the early adopters and to then pick and choose what I want after they’ve weeded out the clear losers.

11 Responses to On reading self-published authors