We are all special snowflakes…

With our own unique tastes and perspectives on the world. 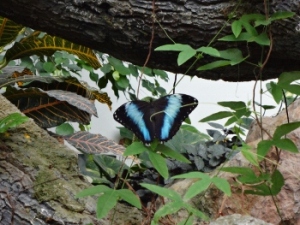 For me, today was the day I drew the line in the sand on reading fairytale retellings.  I subscribe to Daily Science Fiction’s e-mails and there’ve been a number of wonderful stories that they’ve sent out in the year or so since I’ve been reading them.  A couple were even retold fairytales.  And I read them just fine.

But when today’s story started with a stepdaughter and glass slippers, I just couldn’t do it anymore.  I deleted it after three lines.

That could’ve been the most amazing, fantastic story in the world, but I just hit my breaking point.  It’s wonderful for all those people who do enjoy new twists on old tales, but it would seem I am not one of them.  Never really have been, but was willing to read the occasional one.

And this would be how trends grow and die.  Not based on my tastes (although perhaps I’m the parakeet in the mine…)  But based upon some mass consensus that we’ve had enough of something.  Neon colors, bell bottoms, vampires, zombies, retold fairytales, mullets…what have you.

I was also reminded of this yesterday when I was sorting through my “why does this fourth beta hate my story?” dilemma.  (Turns out they didn’t.  When I finally said, “so you hated it” they said they actually liked it very much.  Clearly not someone who understands the delicate psyche of a fledgling writer.)

One of my original betas and this fourth beta had both questioned the motives of the character.  I ended up having a detailed discussion with the first beta about why they didn’t understand the character’s motivations and it came down to a difference of perspective on religion.  And perhaps relationships and illness.  But the main conversation was around religion.

I don’t talk about religion here, but I happen to be agnostic.  I’m not so arrogant to think I know that there is no god.  And there are people I’ve known and respected a great deal who were very strong believers in a god, so I can’t just dismiss the possibility out of hand.  But I’m also not someone who really believes.  (Sometimes I believe in Fate or the Universe because life just fucks with me in odd ways at times that I can’t believe are chance.  And sometimes good things happen that just don’t seem random enough to me.)

But I don’t believe in an “interventionist god” as the Nick Cave song says.

And not that I live a life full of sin, but if I really believed I would have to change some things in my life that I prefer not to change.  (I like to lust after my neighbor, thank you very much.  I don’t do anything about it, but the thoughts are fun.)

So, anyway.  My beta happens to be very religious.  And one of the central themes of this story was around the power of prayer.  Since my beta believes that the ultimate goal is to be reunited with God in Heaven, my beta couldn’t understand a character who would cling to an earthly reality that was full of pain and suffering.  Or would want someone else to do so.

The other point where my beta and I differed is in our perception of what was being asked.  My beta thought the character was a Pollyanna for believing that the situation was recoverable.  I think the character is almost the exact opposite and has seen enough ugliness to know that life can get really, really ugly and then improve again.

It was a good reminder that we really do all read things based upon our own life experiences and beliefs, so a story is different for every single reader.

It was also a good lesson for me (we’ll see if I was right) about when to draw a line in terms of what my betas say is needed in a story.  This beta in particular usually wants more information in the story to explain why a character would do something.  (Generally, when it’s a character of the opposite sex.)  But there has to be a point where you just tell the story and don’t explain every nuance of someone’s thought.  And you accept that some people just don’t think the same way as you or the character about, well, life.

M.H. Lee is a speculative fiction writer currently residing in Colorado whose stories are sometimes dark, sometimes funny, sometimes darkly funny, but hopefully always thought-provoking and entertaining.
View all posts by M. H. Lee →
This entry was posted in General Musings, My Writing, Writing and tagged being a writer, beta readers, drawing a line, reading, religion, seems I am done with retold fairytales, unique perspectives, writing. Bookmark the permalink.
Loading Comments...
%d bloggers like this: