Must stay calm and persevere 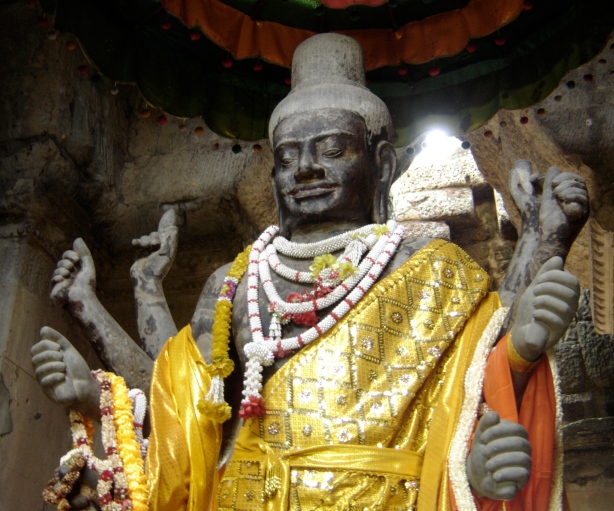 This isn’t writing related.  Hence the picture as my apology for ranting in a very generic, not at all useful way.  (And my reminder to channel calm…This may be a repeat photo, but I need his multiple handed meditation today.)

So, there is one thing in my life right now that is not going as planned.  And it’s screwing with everything else.  And that’s fine.  Sometimes things don’t go as planned and you just adjust.

But this one isn’t FAIR.  And that just gets under my skin like nobody’s business.

So, the useless description of the situation is this.  I filled out a form asking for something to be moved from one document to another.  It should’ve been an administrative process.  See that I had the stamp in document A, take out the stamp, place the same stamp in document B.  Easy peasy.

Except someone decided to start thinking about whether that was really the right stamp to put in document B.  (It was.)  And decided to put a different stamp in document B instead.  One that basically prevents me from doing what I need to do next.

(Such a great description, huh?  Wow.  I should be a writer, because I’m sure you’re all riveted by the story.  Ha!)

All I want is someone to give me a coherent explanation for what they did.  Point me to something in writing that says it works this way.  Give me a reasoned, logical explanation that shows that they were right in doing this.

Which brings us back to a more general discussion.  Years ago, I used to, as part of my job, review customer complaints and the responses that were sent in connection with those complaints.  Some poor person who’d already been screwed over would write in and say, “Gee, I really think that something wrong happened here…”  And, at least in certain instances, the default response to the person would be, “YOU’RE WRONG!”  Even if they were right.

And a lot of times people gave up at that point.  They were nervous to complain in the first place and now someone had come back and vehemently told them that they were wrong.  Maybe even threatened them with some negative action if they continued down that path (countersuit, closure of account, etc.)

And sometimes people are very confused and they’re wrong when they complain.  Hell, I may be in this current situation.  But everyone deserves a legitimate explanation instead of a blanket “you’re wrong,” a misdirection, or an incorrect explanation.

If someone complains then there is, at a minimum, a lack of understanding involved.

So, to anyone out there who feels like something didn’t make sense, it’s ok to ask for an explanation.  And to keep asking for one until it’s been explained.  On the flip side, if someone does explain something to you and it turns out that’s just the way the system works (however stupid) then you have to be ready to accept that explanation, too, and realize that it just isn’t going to work the way you think it should.

ANYWAY.  If anyone wants to start suggesting gorgeous lakeside towns with populations in the 20,000 person range near great mountain hiking, preferably located within the United States, I’m all ears.